In December 2019 new heritage displays were installed in the north aisle and present the story of Droxford in the Meon Valley from Mediaeval time to the 20th Century.  Also in this area are the panels which tell the story of Droxford and the part played by Droxford Station in hosting Winston Churchill’s train just before D-Day in June 1944.

Three freestanding lectern-mounted display panels introduce the main elements of Droxford Church’s narrative. They cover three key periods in an evolving relationship with the community, from its 12th century origins up to the 19th Century – the last period when major changes were made before the present:
 Medieval church – near the entrance to the Lady Chapel
 Tudor church – at the back of the church beneath the tower
 Victorian church – at the foot of the Chancel step

The church is normally open during daylight hours, and there is no charge to see the exhibition.  On Monday, Thursday and Friday afternoons there is a volunteer Cafe – Wilfrid’s – operating in the church.  Visitors may sit and enjoy coffee, tea, and cakes in a pleasant and friendly environment (dogs welcome. (See Wilfrid’s Facebook page @coffeeshopdroxford for more information and opening hours.)

This heritage interpretation was made possible with support from the Lottery Heritage Fund and the South Downs National Park Communities Fund. 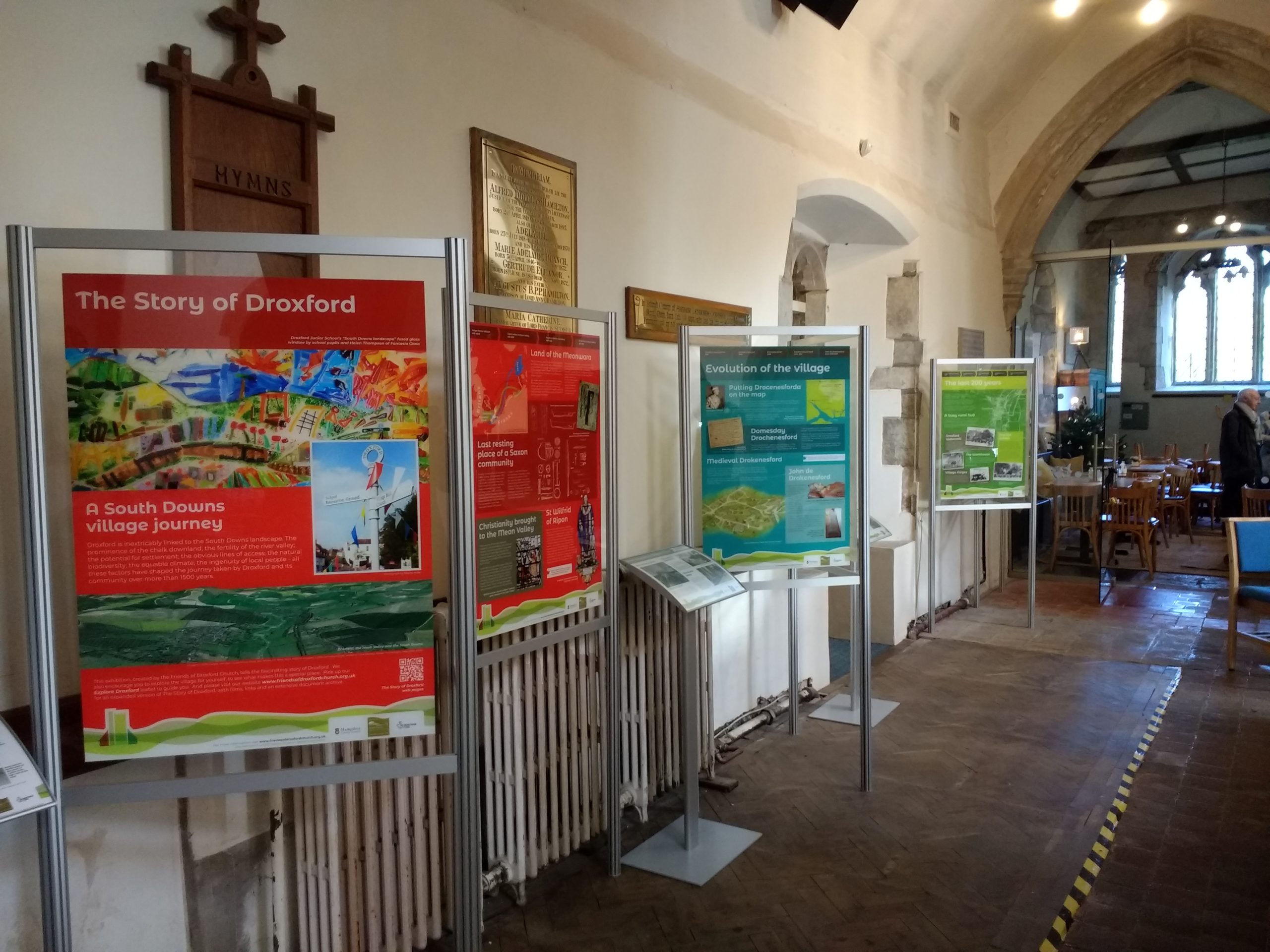